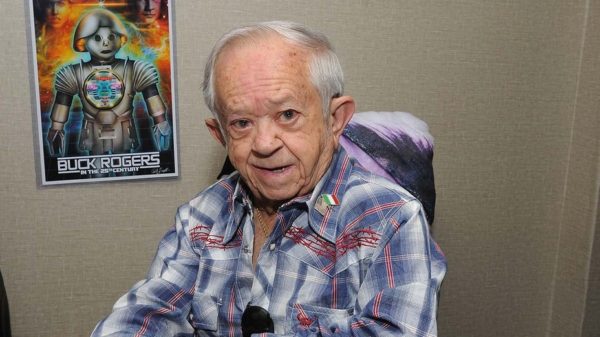 Actor FELIX SILLA lost his battle with cancer.  He was 84.  Felix was a little person, and he was best known for playing Cousin Itt on the “Addams Family” TV series in the ’60s, and the robot Twiki in “Buck Rogers in the 25th Century”.

Actor FELIX SILLA died Friday after a battle with pancreatic cancer.  He was 84 years old.

Felix was a little person, and was best known for playing Cousin Itt on “The Addams Family” TV series in the ’60s . . . but not in the movies in the 1990s.  Itt was the little guy who was covered head-to-toe in hair, and spoke gibberish.

He was also a hang-gliding Ewok in the third “Star Wars” movie “Return of the Jedi”, and he did stunts in films including “E.T.”, “Poltergiest”, and “Batman Returns”.

Silla’s Cousin Itt costume was originally made out of real hair, but producers were worried he’d go up in flames because everyone on the set smoked, and they were always dropping their butts on the ground.  So they changed it to synthetic hair.