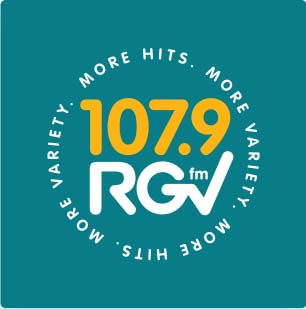 This is one of the best parts of our day right now.  Here are ten more good news stories we’ve seen about the outbreak . . .

1.  A fifth-grade teacher in El Paso spent her weekend driving to students’ homes, just to hold up a sign and say hi from her car.

2.  A couple in Arkansas who’ve waited years to have a baby had to cancel their gender reveal party.  So their friends improvised.  After the couple revealed they’re having a girl, people held a DRIVE-BY party with pink balloons and streamers.

3.  An opera singer in Israel is going viral because she’s been going to her dad’s house and singing to him while he listens from his balcony.  He told a reporter that it’s tough to be isolated.  But knowing she’ll be there every morning makes it easier.

4.  Just to keep people’s spirits up, a police officer in Spain showed up with his guitar and sang to people from the street while other cops danced.

5.  We’ve seen lots of businesses doing this.  But the owner of a pizza place in New Jersey is getting a lot of praise after he took out a $50,000 line of credit, just so he can keep paying all 20 of his employees.

6.  Lots of other businesses are stepping up to help too.  Lyft is now delivering meals and medical supplies.  And Harbor Freight announced it’s donating ALL of its masks, face shields, and rubber gloves to hospitals.

7.  The owner of a company called Puzzle Warehouse is hiring more people to keep up with demand because so many families are doing puzzles together.  (Dollar General, Domino’s, and Papa John’s are also hiring thousands of people.)

8.  The Girl Scouts have been donating thousands of boxes of cookies to the American Red Cross to help reward people who donate blood.

9.  Workers at an assisted-living center in Wales decided to lift people’s spirits by playing a real-life game of Hungry Hungry Hippos.  They used wheelchairs to move players back and forth and put baskets on the end of broomsticks to collect balls.

10.  To find treatments, scientists need a ton of computing power to simulate how various proteins interact.  So the website FoldingAtHome.org has been asking people to download software that lets your computer run simulations when you’re not using it.

Over 400,000 people have signed up.  And the raw computing power combined is already close to three times faster than the world’s fastest supercomputer.